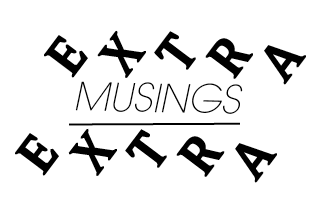 Event is a thing that happens or takes place, marked by its levels of significance; it is the momentous imprint of planned or unplanned happenings that can have a social or a public occasion, sensual or rational manifestation, may assume a particular context in which it emerges. In physics it is rather referred to as a single occurrence of a process, such as the ionization of one atom or the forming of a water molecule through a chemical reaction between two hydrogen atoms and one oxygen atom. It is commonly referred to as a result of something that happens or is about to happen.
What about the moment in which the event happens? That inexplicable, ungraspable instance of time, that something is yet to become something else. An event marks change, an intrinsic or a physical transformation. Perhaps what makes a happening an event is the nature and quality of the metamorphosis. The widely known story of Gregor Samsa begins in the aftermath of a miraculous transmutation of a human being to a cockroach. However, not every event has to be piercing as such, nor do the two realms need to differ significantly as Samsa’s two worlds did. That is to say, events are marked by their impact and the radius of their ripple effect.
On a counter spectrum of speculative occurring, every day of our lives is charged by events, their significance solely depending on the lenses we wear, the perspectives from which we perceive the world. According to how you frame your surroundings, you may be overwhelmed by the number of events taking place or utterly bored with the silence and dullness of your day. Thus, an event is unique to a person, but can be shared collectively or with an unintentionally gathered group of individuals. For instance, disasters and social unrest fall into the category of immediately sharable; falling in love or out of love falls into the category of uniquely personal. Amidst the categories, everything that is taking place can have an impact that approximates towards a circle of intimacy that fluctuates wihthin its radius. But what is everything that is taking place? To pixelate the picture a little more, count the atoms colliding, the molecules folding and unfolding. Every breath you take is the orgy of millions of chemical and physical reactions spreading in your body. The earth is always moving and the sun never shines the same. Alas, I cannot bathe in the same river twice. The activity is inconsistently constant, in other words, a union of entropy and force of gravity. Everything (but everything) is in constant flux, everything is changing, forming, reforming all the time. Your skin changes within a week, the totality of the cells in your body are replaced with new ones in seven years, your astrological sign goes through cycles, you scientifically fall out of love within three years of the initial encounter due to the decrease in your oxytocin levels… Beyond what can be observed in physical terms, every minute detail that is about this life and all lives possible, does change. In other words, nothing keeps still. You may try and control things and pretend that everything is intact. Although, sooner than later, you come to terms with the inescapable truth of being in the world. The motive in this text is not to convince you of any myth or political ideology, or crush you under the weight of heavy realities. On the contrary, through your devotion and commitment, dear reader, you shall be granted access to worlds that are larger, horizons wider, sensations greater!

Event horizon is a term borrowed from astronomy that stands for a notional boundary around a black hole from which no light or other radiation can escape. It can be described as somewhere that nothing ever happens or rather where everything that happens has the same impact. Black holes span rather an extensive field of research, for the intensive study of events. Recent studies show us that they are the traumatized zones of matter – if we could call them that – in the sense in which the extreme condensation of matter has sunken into another place, charging the black hole with the resonance of its absence. Scientifically, if you come close to a black hole, you will be pulled in, by nothing but thin air that is charged with the magnetic field that is a memory of a hyper-summate matter. Once you are in, there is no escape, for eternity and ever further you shall be oscillating back and forth from one pole of the hole to the other. It is rather curious that some events may have effects akin to black holes, that once having happened there is no escape. It may not be a bad thing.
The absolute contingency of the encounter juxtaposed with its randomness is where the semantic and emotional, psychological and physical experience takes place. It is where two bodies, in a committed or uncommitted manner, meet one another. A person meets a person, an artwork, or someone walks into a scene of exhalation. Independent of the parties involved, if a change can be observed, be it physical or intrinsic, that is a marking event, or rather something remarkable has taken place. An encounter is bound to unexpectedness, purple or white, something out of the blue happens. A happenstance, bumping into someone or something… And that momentous eventuality, if charged with value, changes something in us, for good. And, what is actually an encounter is a meeting of two bodies (people, objects, buildings, any physical entity)… Is it possible to call it an encounter when we meet with ephemeral or rather non-physical entities? For instance, do we consider that experiences of sound and light have a physical materiality, at least resonance? Or, since we engage with light every moment of our life, perhaps it loses its happenstance unless accentuated? Perhaps a pause is necessary before we start delving vertically into the depth of matter.

Published in Extra Extra No 11

At the cusp of figurative and abstract aesthetic traditions, Michael Armitage’s paintings are large works of expressionist landscapes. Human–animal beings are woven into visual ecologies rich with sensual life.

Born in Valladolid, Spain and now living and working in London, artist Saelia Aparicio understands bodies – their leakiness, unruliness and sensitivity. Her sculptural cosmos is populated by hybrid…

Sometimes you pick up a book not realising the power that lies beneath its cover. Like the briefcase in Pulp Fiction, what exactly is in it remains a mystery,…

It was dusk when we sat on folding chairs in the concrete courtyard, our backs to the industrial steel bins. We tapped personal screens made of unbreakable sapphire to…